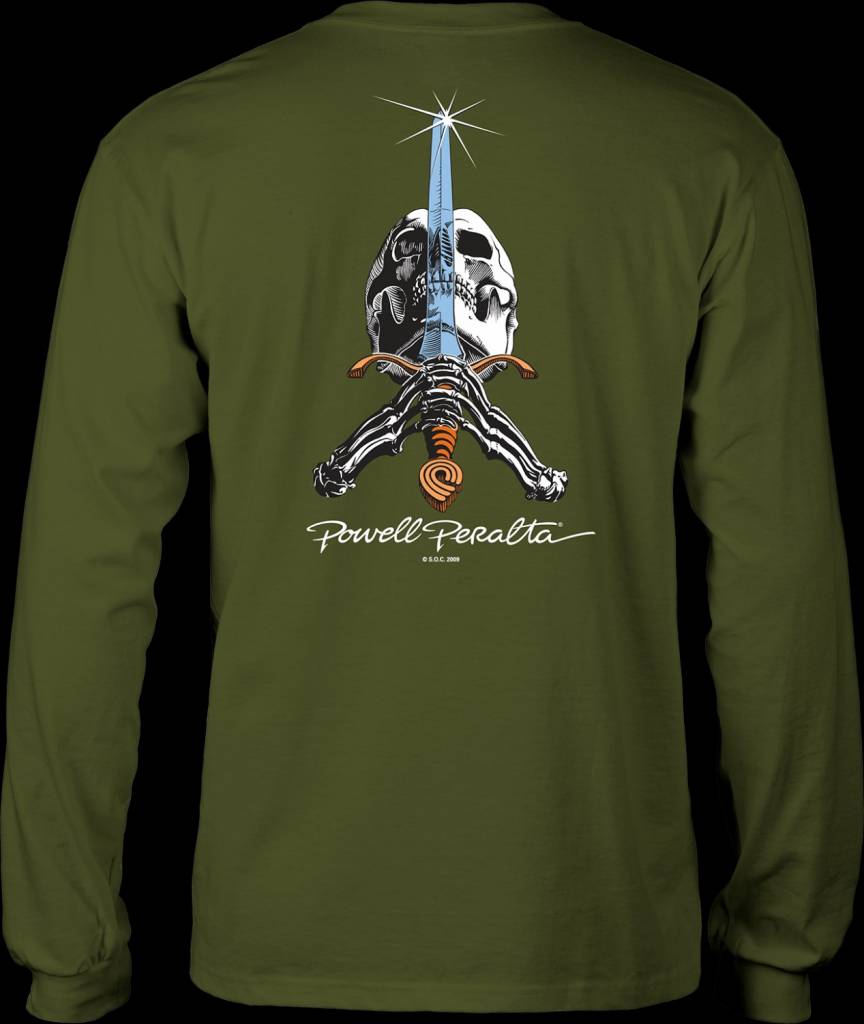 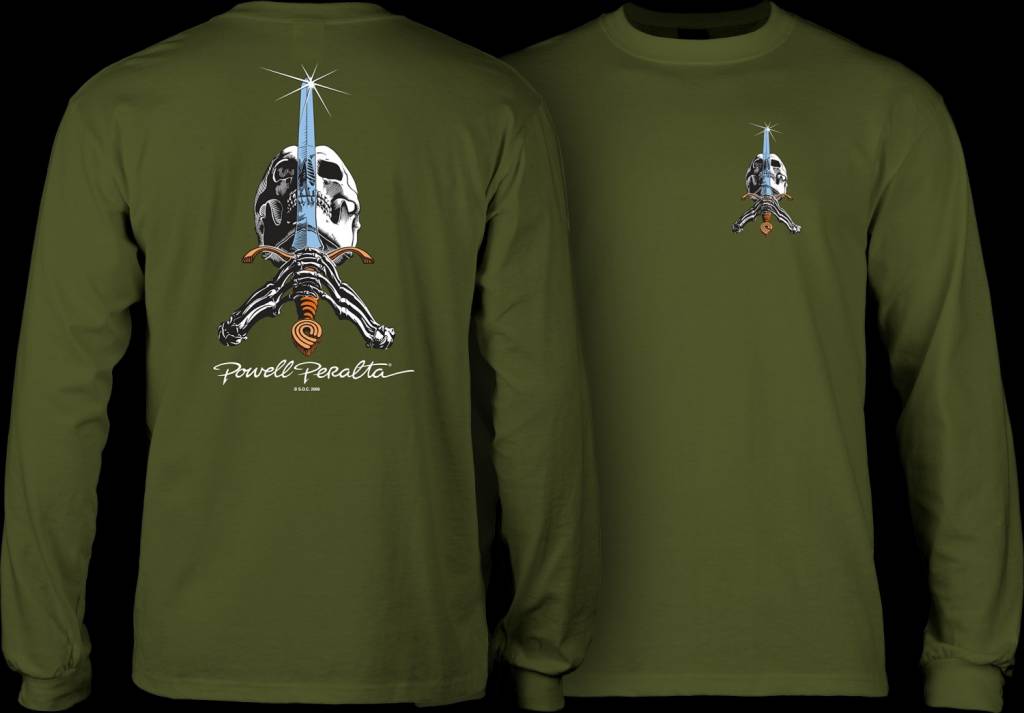 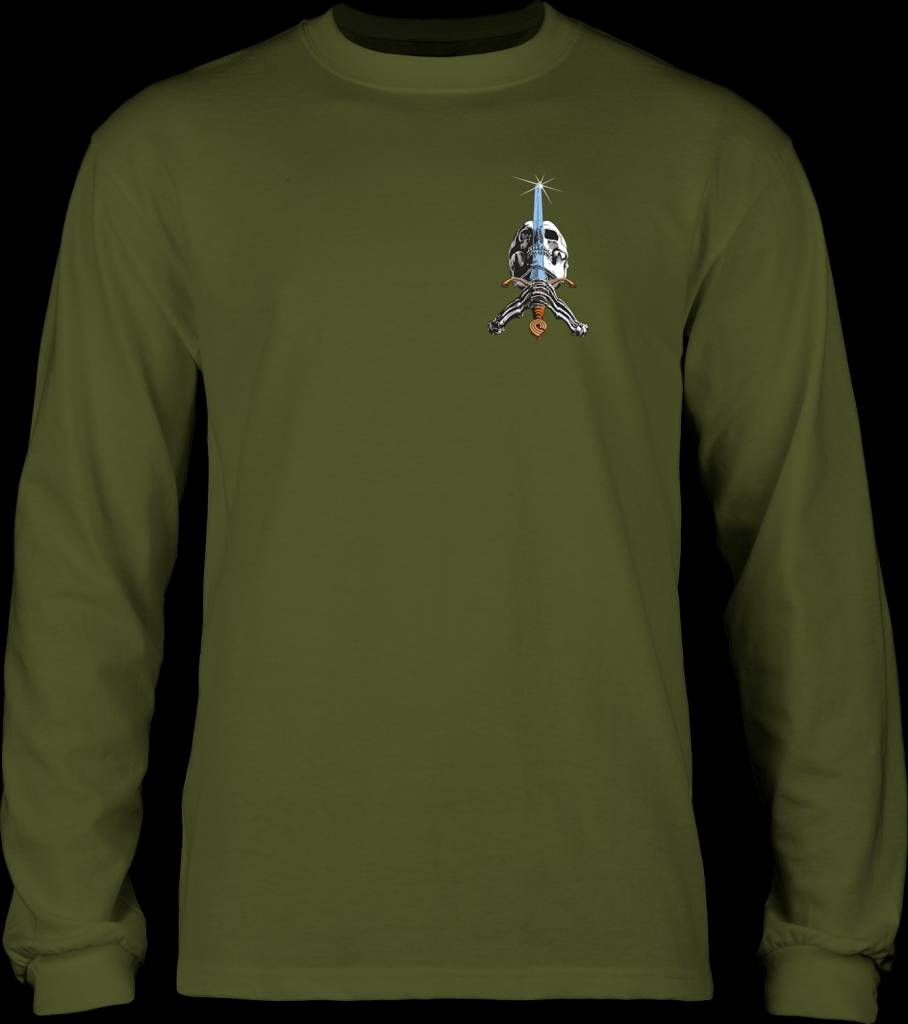 "The Rodriguez ""Skull & Sword"" deck was the first pro signature deck graphic produced by Powell-Peralta. The graphic was conceived by Ray and Illustrated by V.C. Johnson with art direction from George Powell in 1979. Initially released in two distinctly different shapes; a 10"" x 30"" ""Widetail"" version and a 10"" x 28.5"" ""Snub Nose,” it came in ""Brite-Lite"" Dayglo yellow, orange, purple and green. In years to follow, it was made in various different colors and a Powell-Peralta logo was added. In 1983 Ray's signature was removed and replaced with a Powell-Peralta script logo. The graphic was also used for T-shirts and stickers. Originally Released: 1979 Artwork by: Vernon Courtlandt Johnson Features: 1.5"" die struck soft enamel lapel pin with one military clutch" " 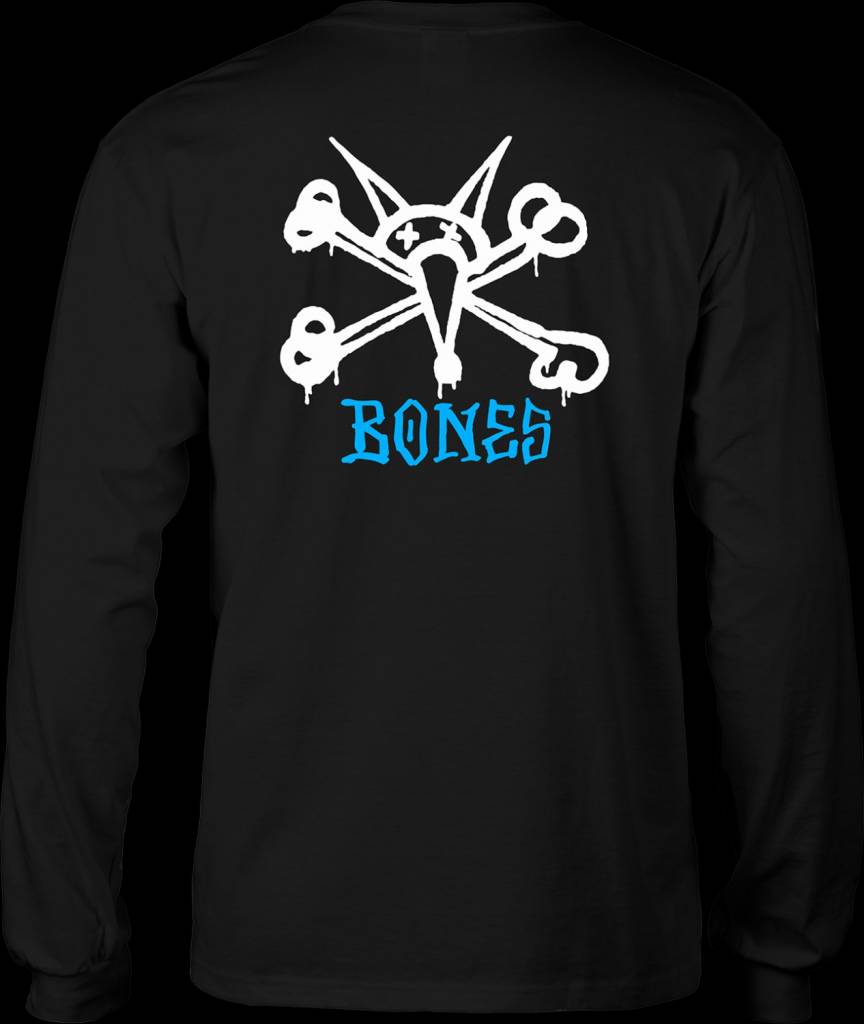 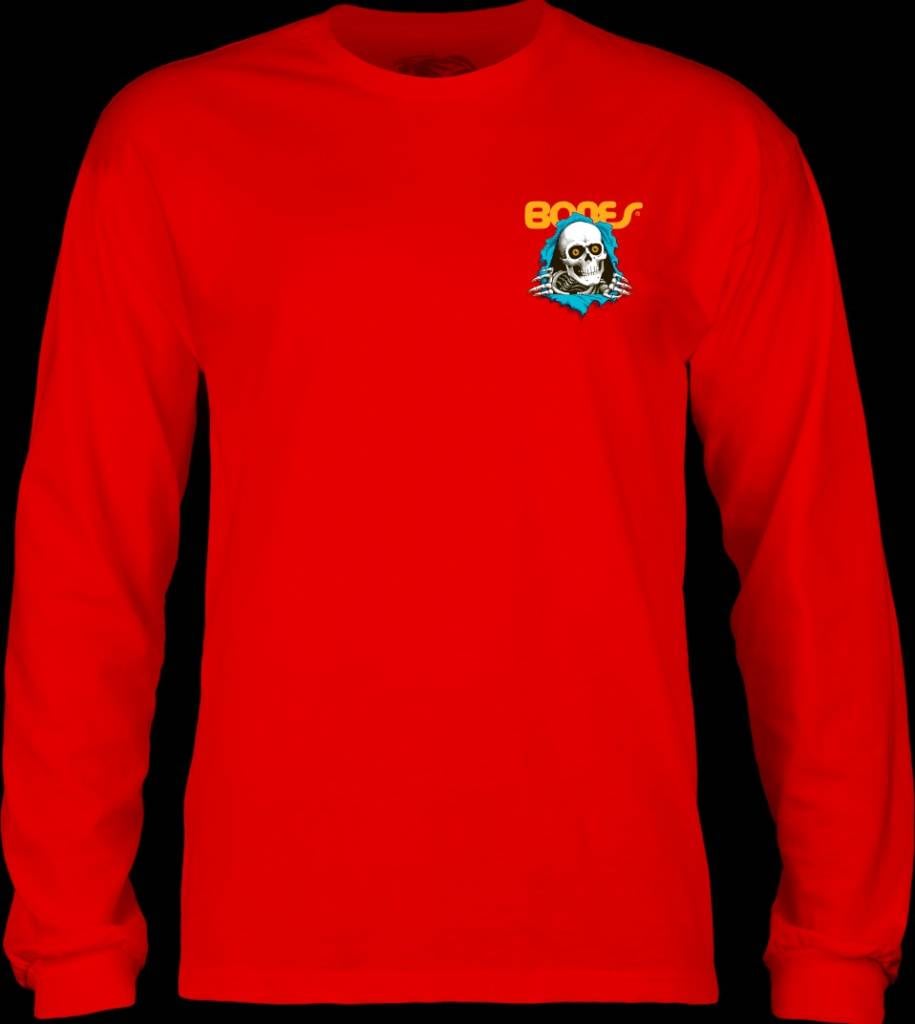 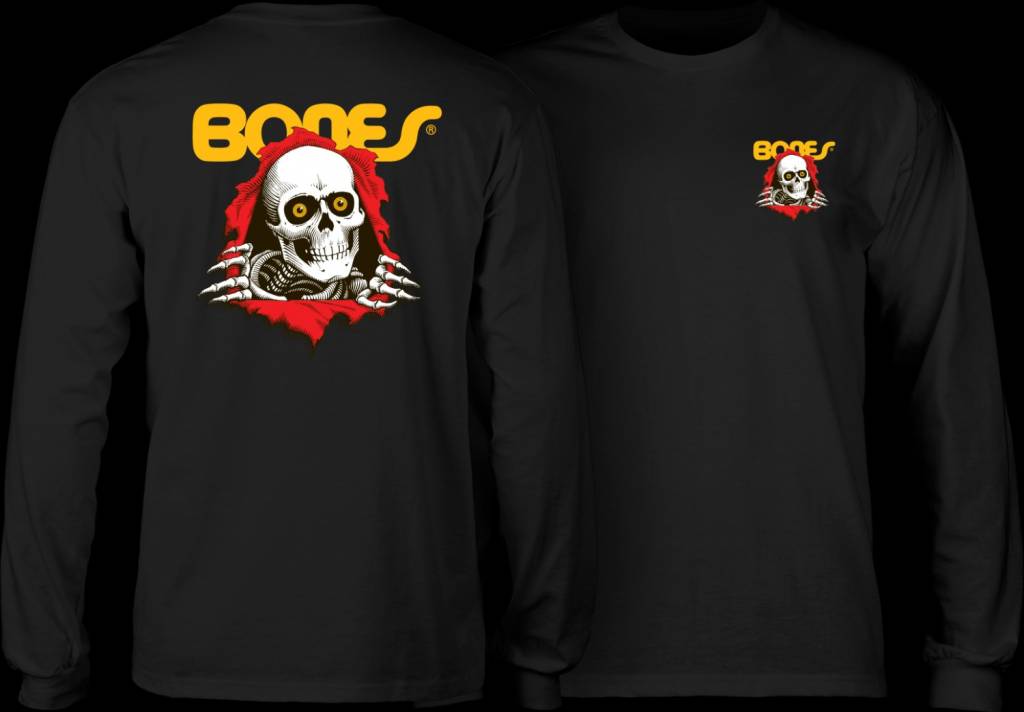 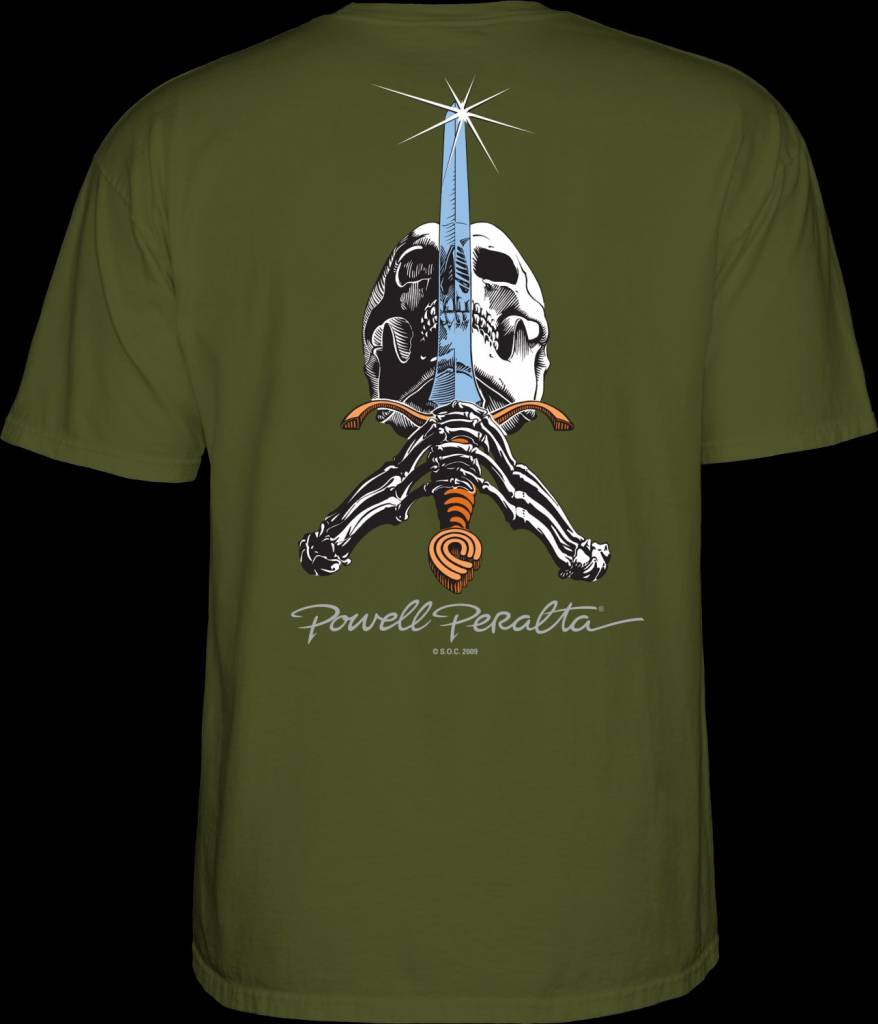 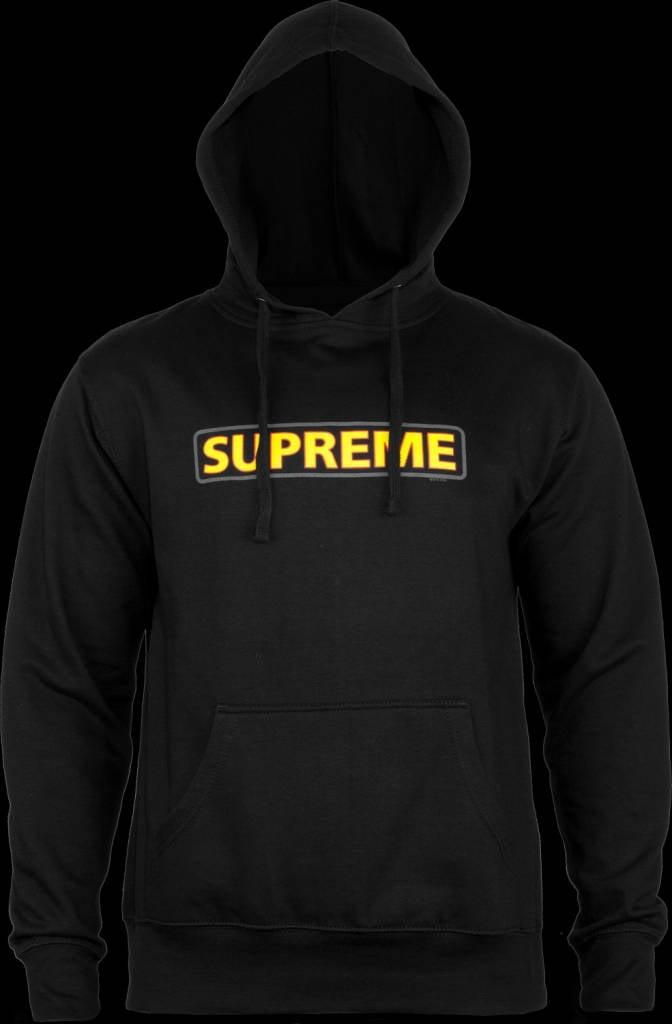 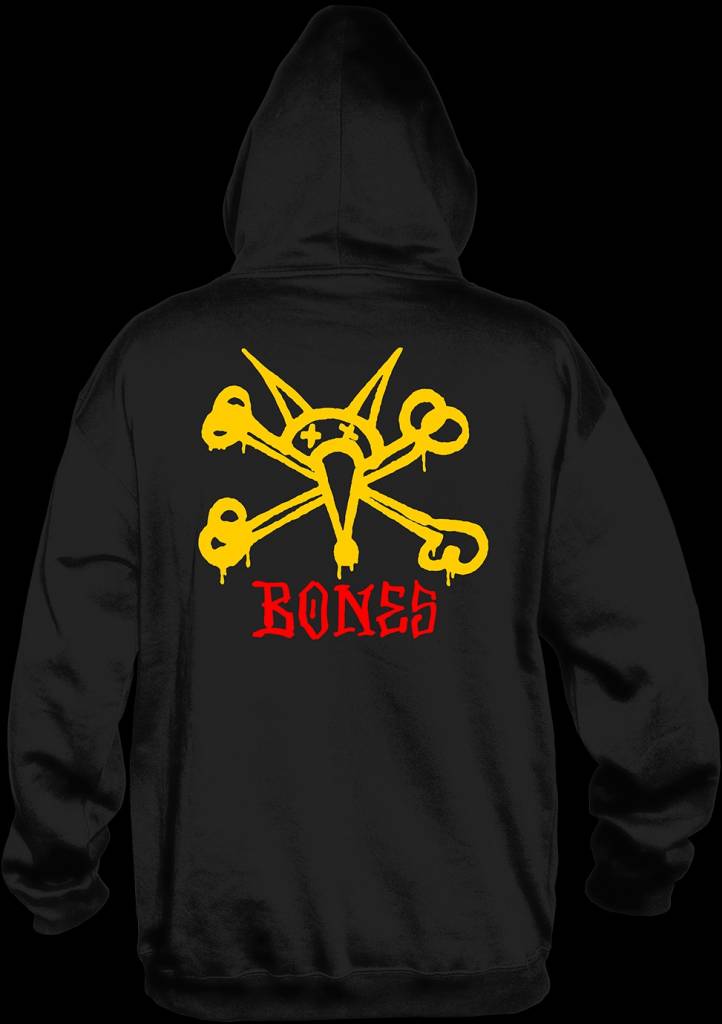 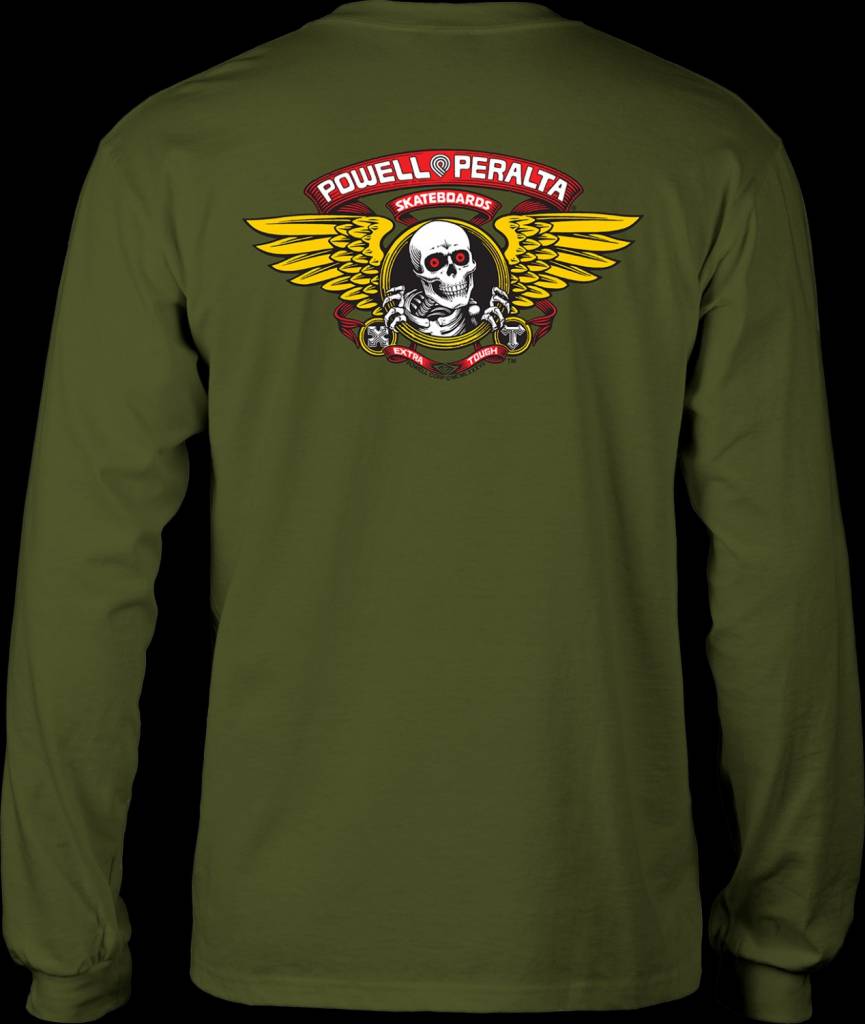 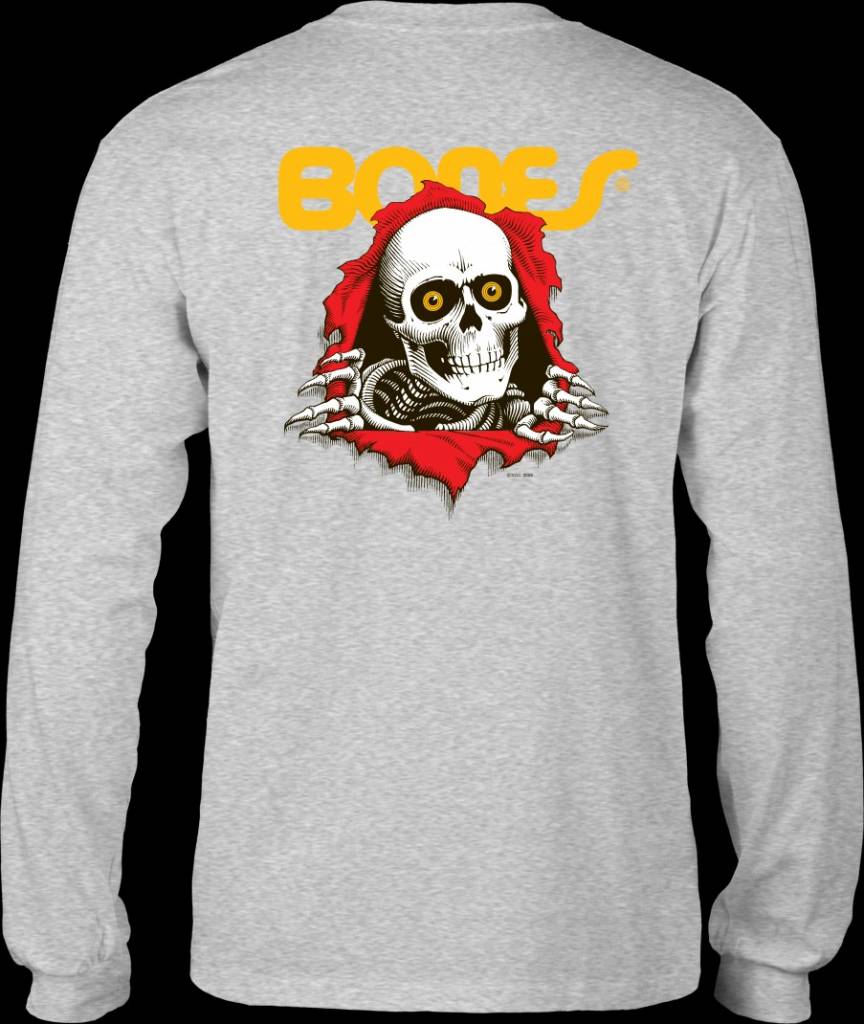